The Order of Celebrating Matrimony

Changes are coming soon to

Catholic weddings in the United States.

What you see happening when you attend one — or when you’re getting married yourself — will be a little different from what you’ve seen in the past.

The changes are courtesy of the coming implementation of the newly-approved Order of Celebrating Matrimony, Second Edition, for the United States.

Over the summer of 2016, after a nearly two-year wait, the Vatican’s Congregation for Divine Worship and the Discipline of the Sacraments approved the U.S. bishops’ new English translation of the marriage rite. The changes will likely be implemented before the end of 2016. 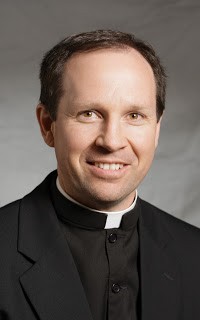 The course material is presented by Fr. Dan Merz.

Rev. Dan Merz is a priest of the Diocese of Jefferson City in Missouri. He received a License in Sacred Liturgy from the Pontifical Institute of Liturgy in Rome in 1999 and is currently working to complete the Doctorate. He is the Vice-Rector and Dean of Students at Conception Seminary College, where he teaches Liturgy and Latin. In 2007, he was named chair of the Diocesan Liturgical Commission for his diocese.

The clergy version offers the same materials as offered in the wedding coordinator / music director version with the additional detailed information.

Lessons 6 - 16 are presented for clergy.