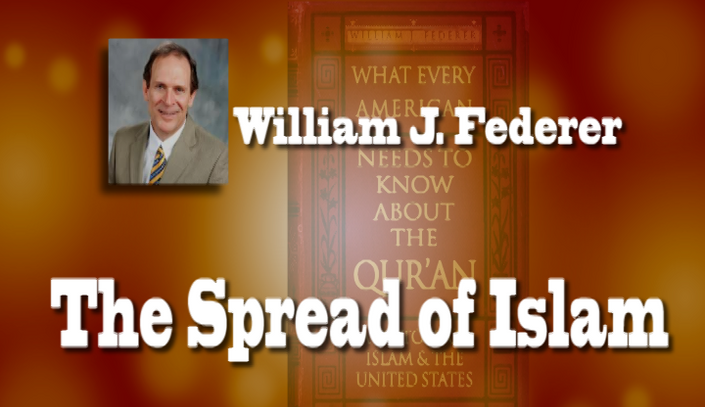 The Spread of Islam Presented by . . .

What is the history of Islam?

How did it spread?

The ship was plundered and the crew was imprisoned.

The Muslim captain justified their brutal treatment of the prisoners with these words:

"for your history and superstition in believing in a man who was crucified by the Jews and disregarding the true doctrine of God's last and greatest prophet, Mohammed."

This course is based on William J. Federer's best selling book entitled:

What Every American Needs to Know about the Qur'an: A History of Islam & the United States

The book is available at the St. Joseph Radio Bookstore:

BIOGRAPHY: Born on October 1, 1957, Bill was raised in south St. Louis, the fifth of eleven children. Bill lettered in wrestling and football and was a state finalist in track and high hurdles. He graduated from St. Louis University High School in 1976, studied at University of Dallas, Texas, in 1976-78 and in Rome, Italy, in 1978. In 1980, Bill graduated from St. Louis University with a degree in Accounting/Business Administration.

First Section
Available in days
days after you enroll